Imagine receiving a surprise $92,943 bill for a relative's medical or nursing home care. Would you believe that you could be ordered to pay it on pain of imprisonment in Pennsylvania?

Imagine receiving a surprise $92,943 bill for a relative's medical or nursing home care. Would you believe that you could be ordered to pay it on pain of imprisonment in Pennsylvania?¹ Provided that the debtor is your parent, spouse, or child,² the debtor is unable to pay,³ you are able to pay,⁴ and the debtor did not abandon you as their child for more than ten years,⁵ you could be held liable.⁶

To make matters worse, the facility has no legal obligation to help.⁹ The facility need not seek medical benefits for the debtor nor seek payment from relatives in a better position to pay.¹⁰ Rather, the burden is on you to sue your relatives by joining them as defendants in the case.¹¹ If your case goes to court, and you want to argue that you cannot afford to pay, you may be tested under oath.¹² You may be forced to turn over your income records.¹³

The relevant case is Healthcare and Retirement Association v. Pittas.¹⁴ In 2012, Mr. Pittas was ordered to pay $92,943.41 of his mother's skilled nursing care bills after she was injured in a car accident, accumulated six months worth of debt, and left the country without paying.¹⁵ The nursing home sued Mr. Pittas under Pennsylvania’s filial support law, a remnant of Elizabethan England which requires spouses, children, and parents to "care for and maintain or financially assist" the "indigent."¹⁶ Indigence is not statutorily defined, but Pittas, being affirmed on appeal, applied case law holding that indigence means mere inability to pay, not complete destitution.¹⁷ The Pennsylvania Supreme Court declined to hear the appeal from the Superior Court¹⁸ which means that Pittas is good law in Pennsylvania, despite pending legislation to repeal the filial support law¹⁹ and calls for repeal from the Pennsylvania Bar Association and the Pennsylvania Association of Elder Law Attorneys.²⁰ Since Pittas, Pennsylvania courts have upheld filial support.²¹

Arguments for and against the law

Supporters of the filial support law, rumored to be the nursing home lobby and the Pennsylvania Department of Human Services, argue that the law discourages relatives from committing fraud by, for example, hiding money from nursing homes.

But the problem with that argument is that fraud was illegal before the filial support law was passed.²² Furthermore, the law’s primary purpose cannot sensibly be seen as fraud prevention because the law imposes liability without proof of wrongdoing.²³

Supporters of the filial support law argue that it incentivizes family cooperation, responsible estate planning, and timely Medicaid applications. But nothing could be further from the truth. Most people learn the shocking truth about filial responsibility only after they receive a threatening letter from a law firm in connection with a large debt that has already accumulated. As a result, each sibling must hire a lawyer, and the entire family ends up suing each other. Imagine that hanging over your head at Christmas Dinner. Add to the mix that your parent’s health is failing.

But this argument seems to forget that the nursing home is the one in the business of providing care. What other service-providers are afforded the luxury of not having to make payment arrangements?

Moreover, the filial support law was never intended as a means of debt-collection. The law is part of the Domestic Relations Code, which relates to family law issues such as marriage and adoption. Under the Code, most child support awards are effective from the date of the Complaint's filing onward.²⁵ Such an approach towards filial support would force all parties to plan for the future, decrease the likelihood that the debt would accrue in the first place, and prevent costly debt-collection litigation.

Perhaps the best argument against the filial support law is that most states are repealing, replacing, or disregarding them.²⁶ But Pennsylvania has seen an increase in the law's use to collect debts.

How the law effects you

The burden is on you to make sure your parent is not accruing a medical or nursing home debt, especially if you have assets. But even before care is contemplated, liability can accrue if your parent transfers money or assets, misses a Medicaid deadline, or does not keep accurate financial records.

Hire an attorney before you receive a large bill. You can bet that the nursing home has tremendous resources to devote to a team of lawyers, so they are already in a better position than you. But hiring a lawyer will give the nursing home confidence that matters will be resolved. Your attorney can manage assets, assist with Medicaid, and save you a tremendous sum in the long run. The worst thing you can do is wait. Waiting too long may cause irreparable legal harm.

I have experience defending filial support debt-collection lawsuits. Contact me for a free consultation.

* This post is is an advertisement for Very Law PLLC and should not be construed to give legal advice, guarantee a result, or create an attorney-client relationship. I am thankful for conversations with Professor Katherine C. Pearson and Attorney Bernard S. Rubb.

⁶ The only person who can offer a professional opinion on your liability, after careful review of your particular case facts and the applicable law, is your attorney.

⁷ There are some debts you can ‘inherit’ or contractually assume, such as but not limited to certain marital or cosigned debts.

⁹ It is unclear to me whether the facility must be a public facility. On the one hand, the filial support law does not explicitly provide jurisdiction to private facilities. Rather, it provides jurisdiction “upon petition of an indigent person; or any other person or public body or public agency having any interest in the care, maintenance or assistance of such indigent person.” 23 Pa. C.S.A. § 4603(c). And it is apparently the position of the Pennsylvania Attorney General that the filial support law was "designed to allow recovery from relatives where public money would otherwise be depleted." Mark Hansen, Pennsylvania sues firm saying it misrepresented law in debt collection letters, The ABA Journal (Jun. 10, 2016 4:05 PM), <http://www.abajournal.com/news/article/pennsylvania_firm_sued_over_debt_collection_practices> (quoting the Attorney General’s complaint in a lawsuit against a debt collector accused of violating the Unfair Trade Practices and Consumer Protection Law and the Fair Credit Extension Uniformity Act in connection with a filial support debt) ; See also Press Release, Pennsylvania Attorney General, Attorney General Kane announces lawsuit against medical debt collector (Jun. 5, 2015), <https://www.attorneygeneral.gov/Media_and_Resources/Press_Releases/Press_Release/?pid=1841>. So while it would seem that the filial support law does not apply to private facilities, it imposes liability on relatives “regardless of whether the indigent person is a public charge.” 23 Pa. C.S.A. § 4603(a)(1). And the law authorizes imprisonment for individuals found in contempt “regardless of whether the indigent person is confined in a public institution.” 23 Pa. C.S.A. § 4603(d)(1). Finally, the facility in Pittas was private.

¹⁰ Pittas at 723 (the filial support law’s plain language does not require consideration of other income sources or resolution of a pending medical assistance claim).​

¹¹ Pittas at 723 (noting that "if Appellant had desired to share his support-burden, he was permitted to do so by joining those individuals in this case").​

¹² See Pittas at 722-23 (holding that Mr. Pittas’s tax returns and bank statements showing an excess income of $85,000 were sufficient evidence of ability to pay where Mr. Pittas failed to substantiate claim that he could not pay because of other bills and where Mr. Pittas recently paid off a tax lien with monthly payments of $1,1000.) The Superior Court also held that the Trial Court misplaced the burden on Mr. Pittas to prove that he could not pay. Id. at 722. Rather, the Superior Court held, the burden should have been on the facility, as the movant, to prove that Mr. Pittas could pay. Id. However, the Superior Court somewhat oddly maintained, had the burden been properly placed on the facility, the burden would have been met because the Trial Court found that Mr. Pittas’s case (under the misplaced burden) "lacked credibility." Id. at 723.

²⁴ There is an argument to be made that facilities have a duty to mitigate damages. 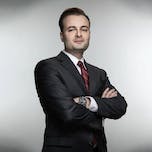